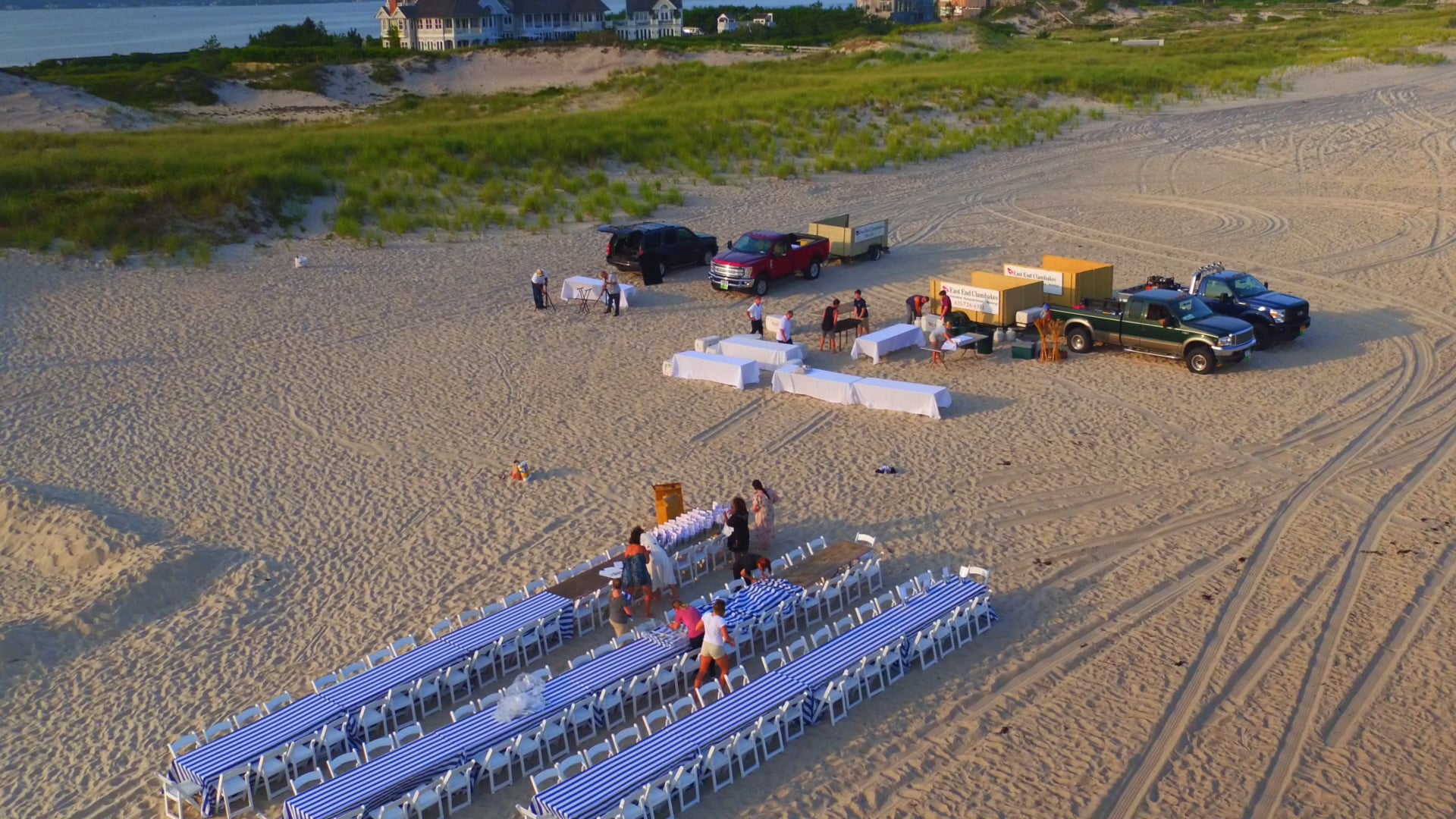 Our restaurant is currently closed for the fall and winter seasons.

Our restaurant is currently closed for the fall and winter seasons.

Since 1981 East End Clambakes has catered thousands of parties, weddings, corporate events all over Long Island. East End Clambake, Inc. employs over 30 staff each season and is the oldest and most successful company that specializes in clambakes in all of Long Island. This season Capt. Phil and his staff of chefs will cook and prepare thousands of lobsters, grill hundreds of pounds of swordfish and yellowfin tuna and shuck over 10,000 clams and oysters, as well as preparing many other delicious summer dishes for it’s customers and guests.

Capt. Phil Gay has been a bayman for over 30 years. He worked as a commercial clamdigger and a mate on a lobster boat, as well as fishing at the canyons for tuna and marlin. Phil has owned and operated East End Clambakes since 1981 and his experience and knowledge of seafood and its preparation always gives East End Clambake's catered events a first class rating.

East End Clambakes has been featured in The New York Times, “Good Morning America” on ABC, and on “The Cooking Channel” with Claire Robinson, where Capt Phil and Claire cooked together on a segment of her show.  Robert Frank of CNBC featured East End Clambakes on the “The Good Life” at Power Lunch.  Capt. Phil has had many celebrities at his clambakes over the years, either as guests or hosts.  In the summer of 2013 he provided a special beach clambake in Sagaponack for pop singer sensation Katy Perry.

Do you have dietary concerns? Questions about an upcoming event? Drop us a line, and we'll get back to you soon!

Closed for the season!  See you in the Spring.